← more from
Sinderlyn
Get fresh music recommendations delivered to your inbox every Friday.
We've updated our Terms of Use. You can review the changes here. 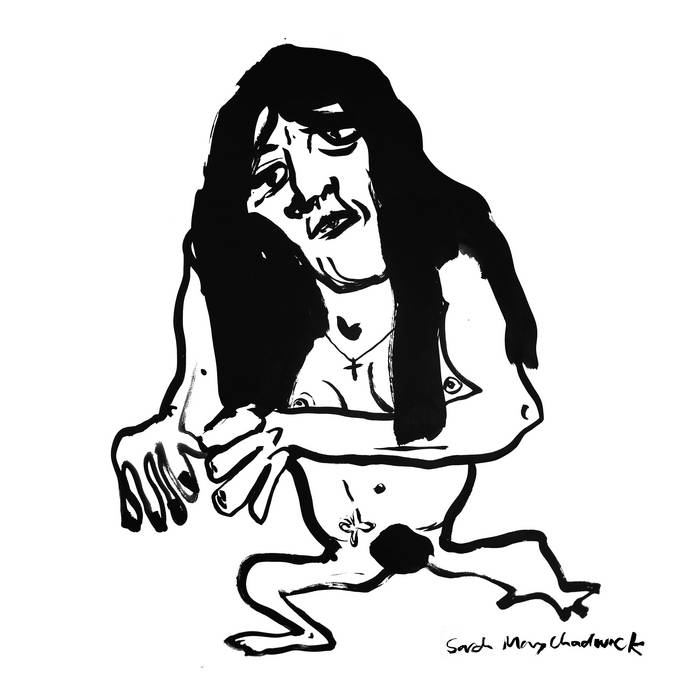 “The unyielding motivation in Hill’s music,” Nat Hentoff writes in the liner notes to pianist Andrew Hill’s 1965 record Point of Departure, “is his desire to keep finding out who he is and to make his music out of that deepening knowledge.” Hentoff, Hill and liner notes are all dead, but it seems as though with some kind of spectral prescience they were summing up Sarah Chadwick’s project, which takes place, seated at a piano, a half century later.

Indeed, it’s hard to think of a musical career today so dedicated to plumbing the depths, so unafraid to put its hand into the fire – now that “experiments” in music are clichés, and “emotion” is a post-ironic game of double-bluff. It’s for this reason that I need to offer a word of caution about this record – which should come affixed like those “Parental Advisories” which so reified the CDs which bore them.

This music is hard. Not in the sense of machismo or of complexity or of book-smarts or even tunelessness (there’s melodies for days), but in the sense that you will come into contact with great pain. It’s probably Sarah’s, but it might be yours, and as such this disc needs to be handled carefully, as though it glows with some kind of half-life accrued from traumas across a lifetime. Pain, indeed, is one of the ways we can go the deepest, like Fred Nietzsche says (and I’ll try not to over-intellectualise, the album doesn’t): “Only great pain, that long, slow pain that takes its time and in which we are burned, as it were, over green wood, forces us … to descend into our ultimate depths… I doubt that such pain makes us ‘better’ – but I know that it makes us deeper.”
And sometimes, for me at least, the music here is like being burned over “green wood,” like staying a little too late at the party, like sleeping a little too long in the middle of the day and waking up not knowing where you are.

But it’s a lot more than that – don’t worry. There’s joy here, lots of it, and humour too, which is another way we can go deep, if we know what we’re doing – and Sarah does. And what’s more there’s moments here that are neither funny nor tragic but both, like those tangled knots which make up the real stuff of our lives, like pet cemeteries, hangovers, or like the rope holding up the pants of one of Beckett’s old grubbers.

All this to say be careful, but have fun too – talking like a parent as you come down the stairs and head out to do who knows what – there’s riches to be found at the bottom of that muddy, icy water, but make sure you end up at somebody’s house, dried off with the heater on, drinking a brandy. That’s where Sarah’ll be, so don’t worry too much.

Drums by Tim Deane-Freeman, Bass by Geoffrey O’Connor, Flute by Hank Clifton-Williamson, Trumpet by Joel Robertson. Flute and Trumpet arrangements by Hank and Joel respectively. Keys and Vocals by Sarah Chadwick. All songs by Sarah Chadwick 2019.

This is for my Dad. With belated love.

Bandcamp Daily  your guide to the world of Bandcamp